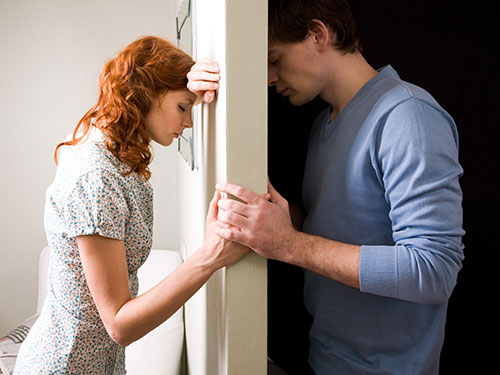 Take a few seconds before answering this — What if, one day after your marriage, you have to leave the “love of your life?”

Every kid in India, boy or girl, grows up in a kind of environment where s/he feels all s/he has to do is to study, have a good job (preferably in the public sector), marry and have kids. The job bit is more so for the guys. Girls are expected to work on their physical appearance. People from the West might find this to be absurd but that’s how we Indians are, or at least that’s how I feel we are.

Now consider that you’re in your late 20s or early 30s, the dream job in your pocket and your spouse by your side on the sofa. And consider that somehow, you have to divorce him/her. How is that for a shock?

As a culture, Indians are almost allergic to divorces. We tend to look down upon divorcees as lesser beings who are beneath us. Take a look around yourself and think about the divorcees in your acquaintance. You’ll notice the following :

1) Their number as a percentage of the total population is low, despite what scaremongers and doom predictors say.

2) The (especially) ladies in your locality behave with them fairly nicely on their face but will tear into them when they’re away as if they are spinsters or have questionable characters. If the divorcee is a young female, physically attractive at that, all hell breaks loose. The aunty would think 10 times before letting her teenaged son/daughter go to her home, lest she cast some spell on him/spoil her daughter the way she herself is. Sounds weird? It isn’t.

The situation becomes even more critical if the person in question has a kid(s). A fractured family is the worst thing for a young, impressionable soul and having to be away from your own blood can be traumatic for the parents.

We strip divorcees of their humanity and consciousness and paint them with the colours of our own prejudice.

Think of that person as just that, a person. S/he marries someone her/his parents set up for her/him, a total stranger (most probably), then tried to adjust to her/his new life. Unfortunately, that didn’t work out. So what was that person supposed to do? Honour and hypocrisy, the latter of which — as a dear colleague of mine never stops pointing out — we Indians are world-leaders in, will say the two should stay together and work things out. That it’ll all be rosy and hunky-dory in the end. But life doesn’t always work like that. What do you think? That that person deliberately wanted to break away from a lifetime of happiness and peace? Or that, since s/he was not resolved enough, s/he let the relationship fall apart? Or, as is the oversimplified and utterly pathetic way of society, it is somehow fashionable to say, “It’s not working anymore!” No. Absolutely not. That is not only a lamentable opinion, it is also disrespectful to the feelings and the conditions of the two people who are going through/have gone through a divorce. Generalization like that is fraught with risks. Everyone has some dreams regarding marriage — the sweet-nothings, the support and encouragement, the mushy moments, the stability etc etc — and as such, it is painful when those dreams have to be shattered, flushed down the drain.

Today, with rising incomes, late marriages, nuclear families, fast-paced lifestyle and better gender equality, people are more open to options other than staying in the same relationship for their whole life. It has to be accepted that sometimes that is not the correct option. Every relationship suffers strains at some point or the other. That doesn’t mean you don’t invest time and effort into easing the creases. Sometimes, people think they don’t need their spouse, that they are better off alone or with someone else. That might or might not be true, particularly when you haven’t tried to work on your marriage. But that’s their problem, isn’t it? That has nothing to do with your behaviour towards them. Divorce numbers are rising in our country. That much is borne out by the statistics. But try researching beyond that and you’ll see that it takes a lot more courage and conviction to split up than what we think the case is. Maybe it’s fashionable for film stars and celebrities (although I hope not!) but it isn’t so for everyday people, particularly those from the rural and semi-urban areas. People are concerned about what others will say (Log kya kahenge?). Being what we are, we are more concerned about warming our hands from the fire on someone else’s home than worrying about the sparks flying in our own backyard. Marriage might be said to be a bond for seven lifetimes (saat janmon ka bandhan) but preserving it for one lifetime is hard enough. I can hear you thinking, “How do you know? You’re single, aren’t you?” Well, ladies and gentlemen, you don’t need to go to the top of the Everest to know that it is the highest peak on this planet.

A person who divorced his/her spouse might have had compelling reasons to do so. And if you’re in any sort of relationship with them (romantic/platonic/business/social), take them as a human being first and foremost. You’ll probably be able to see that that person has qualities that can lighten up your mood. That s/he can be every bit as helpful as your best friend. That s/he has emotions like you do.

Don’t judge anyone before you know what they’ve been through. You’ve not been in their shoes, figuratively. Give people a chance. Sometimes a chance is all that’s needed to make a difference.

Share your thoughts on marriage and divorce in the comments section. You can also check out my post on Love Marriage vs Arranged Marriage in the Indian Context. Thanks for reading.