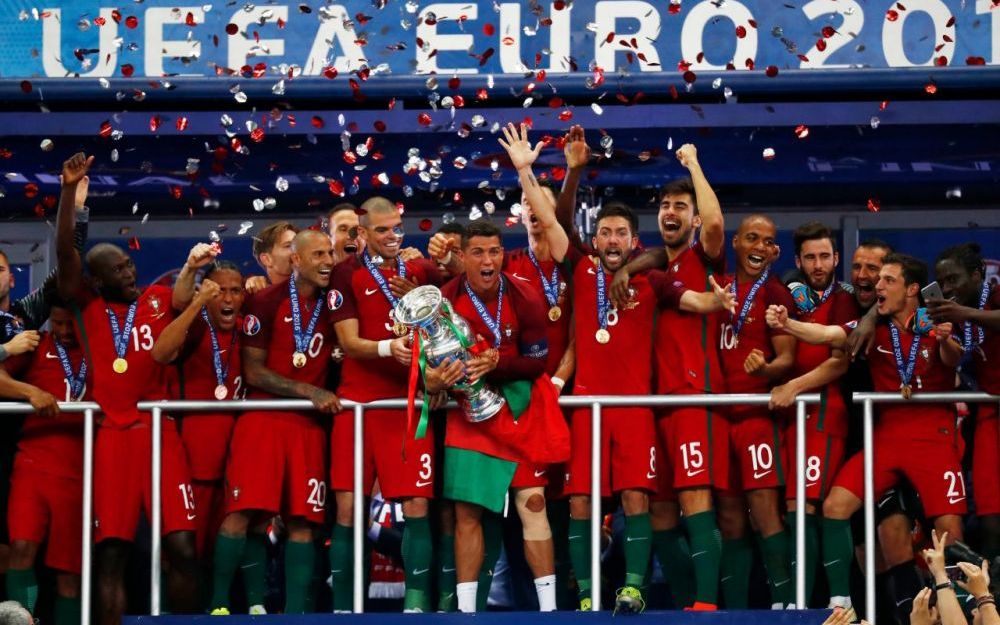 The Euro 2016 Championships that concluded last night had, like most big tournaments, quite a few heartwarming episodes, specifically the runs of the Wales and Iceland teams. In 10-15 years, we will have documentaries on the two, as also on the eventual winners — Portugal!

From drawing against “small mentality” Iceland in their tournament opener to finding themselves on the brink of elimination in the first round of a second consecutive global tournament, Portugal fought back. They also had a huge chunk of fortune when in the final round of group games, Iceland scored against Hungary to push the Iberians down to number 3 in the group, and on to a relatively, unarguably easier side of the draw. True, Portugal were up against the most impressive team in the group stage – Croatia. But after that, they faced Poland and Wales. No pushovers by any means, but no world-beating forces either. Until they came up against the hosts and pre-tournament favourites – France.

After what happened last November in Paris (read my post on the attacks and ISIS here), it was expected that a win at these championships would act as a soothing balm for the French public. The team started well, with a last-gasp win in their opening match. Slowly, they grew in confidence. So much so that in the semis, they ran out comfortable 2-0 winners against the reigning world champions. With a mix of exciting young players like Pogba, Griezmann and Martial and grizzled veterans like Evra and Lloris, France were peaking at the right time. Maybe they even deserved to win, especially against a side they hadn’t lost to in 40 years, and who had barely scraped through in the group stages. But Sport can be cruel.

Messi gave his everything, and Argentina still lost a fourth consecutive final at the Copa America Centenario last month. Ronaldo, who has battled claims to his greatness much the same way the Argentine has, was felled by French winger Dimitri Payet only 8 minutes into the final, his knee giving way. Even for an athlete of his tenacity, this was a bridge too far. 12 years after losing a Euro final in his home country, he finally had a chance to win it, and silence his detractors once and for all. Alas! That simply wasn’t fated to be. As he was carried off the field on a stretcher, tears streaming down his face, millions over the world must have felt that this was it. He wasn’t going to win an international trophy. He wasn’t, for the cynics and the critics, going to get one over his eternal rival. But the 11 men in the Red of Portugal didn’t think so. They took it as a chance to show to the world that theirs wasn’t a one-man show. That it wasn’t a congregation to satisfy the ego of a sulking diva of a captain. They defended in numbers, they kept the French midfield’s turbo engine at bay.  And when the moment came, they even scored a spectacular goal that was worthy of any highlight reel.

A 25 yard screamer for the winning goal in a European Championships final, no less! The French might have looked like they’d score 3 or 4 in the first 10 minutes itself, but it was the resolute determination of the Portuguese that came out on top. You might be tempted to say that the French were unlucky, with Griezmann heading just wide after the hour and Gignac striking the upright in injury time. But then, so were Portugal. Weren’t they? I would rather say that the French paid for their profligacy and lack of cutting-edge. When you are on top for so long in a match, you have to convert your supremacy into cold, hard goals. No one remembers domination and shots on target. People won’t remember how much possession the French had in the final. But no one will forget that goal! Fortune favours the brave. And this was a win forged out of bravery and perseverance in the face of overwhelming odds. A lesser team might have capitulated quite easily. Not these tigers. Oh and yes! I don’t think that France deserved to lose either. But then, that’s sport. You can’t have both the competing sides winning the same trophy. One has to lose. Unfortunately, it was the eminently likeable French.

Portugal’s win (and France’s loss) has life lessons for everyone :

I’d also like to add here that though I was overjoyed at Ronaldo finally getting an international trophy winner’s medal, I don’t think the whole Messi vs Ronaldo thing makes sense. We are privileged enough to be watching two of the greatest footballers ever in action, guys who have maintained an average of more than a goal/game for years. Enjoy them while they’re here. Like with all good things, you’d never know what hit you when they hang up their boots for good. Peace and love!

Thanks for reading. I invite you to share your thoughts and opinions on the match, tournament and the article in the comments section.